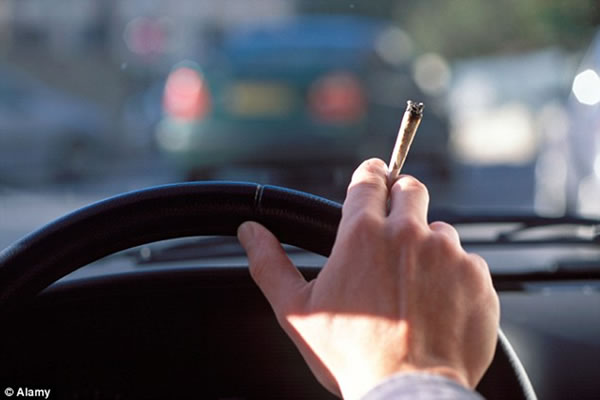 With the passage of more indulgent marijuana laws comes the increase in DUI drug convictions.  Some states have completely decriminalized marijuana allowing for recreational use and many others allow for medicinal use.  This permissive stance does not give the consumer the right to drive while high.  The National Institute on Drug Abuse (NIDA) reports the use of any psychoactive (mind-altering) drug makes it highly unsafe to drive a car and is illegal. (Drugged Driving – November 2013).  This is not limited to prescription or illicit drugs.  It is unlawful to drive after taking over-the-counter medications which cause drowsiness, dizziness or other impairments.

In 2013, Colorado enacted the “stoned driving bill.”  This comes nearly a year after the State legalized recreational marijuana use.  This idea is quite controversial since it is difficult to determine what amount of THC (tetrahydrocannabinol, or THC, is the psychoactive ingredient in marijuana) would indicate impairment.  THC has been known to remain detectable in a persons’ system by blood testing for as long as six months.  Colorado law sets the limit at 5 nanograms or more per milliliter (ngml).  Compares this to alcohol; measured at 8ngml (or breath alcohol at .08%).   (source)

Washington set the THC limit at 5 ngmlwhen they approved the recreational use of marijuana.  According to the Associated Press, there were 745 drivers who tested positive for THC in the first six months of 2013.  Typically, this number is about 1,000 for an entire year.  While the overall DUI arrests remain comparable to previous years, it is assumed by the Washington State Patrol that some drivers are trading in their alcohol for marijuana.  Interestingly, the Patrol reported that although 745 tested positive there were 420 who were above the legal limit.

This article is focusing mostly on marijuana, but it is vital to note that any drug use in California can result in a DUI conviction.  The California DMV Handbookreads, “The use of any drug (the law does not distinguish between prescription, over-the-counter, or illegal drugs) which impairs your ability to drive safely is illegal.”  The handbook gives some examples, such as allergy and cough medications.  DMV emphasizes that it is your responsibility to know the effects of the medications you take.

Attention on drugged driving has gained momentum in recent years.  However, the Department of Transportation has focused on preventing this dangerous behavior since 1991 with the passing of the Omnibus Transportation Employee Testing Act, requiring DOT Agencies to implement drug & alcohol testing of safety-sensitive transportation employees.  If any employee test is positive (or non-negative) a stand down order is issued and that employee must be assessed by a DOT Qualified Substance Abuse Professional (SAP).  The employee then must meet all recommendations of the SAP before being considered for return to duty in a safety-sensitive duty by any employer.

DUI is not an event which is carried out by just addicts or alcoholics.  Anyonecan make the misjudgmentof driving after drinking over the legal limit (.08) or when using legitimate over-the-counter or prescription medications.   This doesnot always make for poorcharacter. Good people getDUI’s.Driving under the influence of any mind or mood altering substance puts oneself and others at risk and should be avoided.