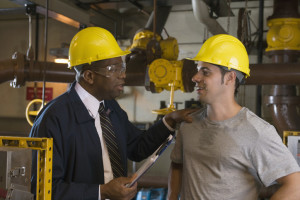 Article from Professional Safety: Journal of the American Society of Safety Engineers
By Brett Solomon (Senior Consultant at Sentis)

The most powerful message about safety culture is the way leadership responds to something that goes wrong.  Real values are seen in the way problems are addressed and resolved.  Conklin (in his article Pre-Accident Investigations: An Introduction to Organizational Safety) says “when something goes wrong, your first reaction and everything you do from there on establishes the culture of the company.  If you want to change your safety culture, change how you react to failure or unexpected events.”

Consider this incident: A woman fatally fell from a 49-ft inclined conveyor.  On arrival at the scene, security tried to establish with the supervisor if she had been intoxicated.  The safety department asked the supervisor for the risk assessment and proof that she was competent to do the job.  Senior managers inquired if she had completed her prejob briefing.  Everyone was so consumed that making sure they could not be blamed that they forgot to ask the supervisor how he was coping.  In such situations, having a power declaring, “We care about people” is meaningless.

Conklin shares another story about a supervisor who shut down a roller coaster during peak season because he was worried about the noise the motor was making.  An inspection revealed that the motor was dangerously close to breaking, which would have been catastrophic.  The supervisor received a reward from the town’s mayor and his company gave him a bonus.  This is sending the right kind of message–listening and taking action to warning signs is the right thing to do because it saves lives.

Conklin then asks a critical question: What would the company have done if the supervisor closed down the ride only to find minor damage that could have been repaired later?  Would management still have praised him or would he have been disciplined for costing the company money?  More importantly, how would your company have reacted?

Recently, a man hurt himself at home.  His friends and work colleagues offered their support, and he was showered with care.  It was an appropriate response for someone who is injured.  Had the same incident occurred at work (it was not deliberate or negligent), he may have been disciplined and treated like a delinquent.  Why is this so?

“Name, blame, shame and retrain” is common practice in many organizations.  This approach fails to address underlying causes of incidents.  When something unexpected happens, do you quickly try to get rid of the problem by finding the guilty party then disciplining them?  Or do you ensure that everyone is okay?  Do you conduct a comprehensive investigation?  Do you go beyond looking for what happened but why and how it happened?  Do you take the necessary strategic steps to prevent this and similar events from recurring?

If only a disciplinary stance is taken everyone expects that if they make a mistake they will be punished.  The reality is that people make mistakes and things will go wrong but because no one wants to get into trouble, they start to hide these events.  This erodes trust between managers and workers, which leads to an unhealthy working environment.  As a result, managers have an inaccurate assessment and understanding of the safety culture, and critical opportunities to learn and take preventative steps are lost.

Creating a robust safety culture takes dedication, and leaders must be willing to put their time, resources and efforts into giving safety the priority it deserves.  Walking the talk is not simply a catch phrase, it is an absolute necessity.  We must reflect and take stock of what we speak about, what and how we measure safety, what we reward and how we deal with failures.