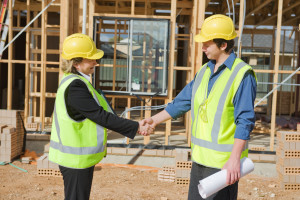 There are several principles that can and should be applied in the effort to develop a robust safety culture in every workplace.  One of these principles is the idea that what gets rewarded or recognized gets repeated.  You cannot try to get what you want by focusing on what you do not want.  Safety is not about the absence of something, such as incidents or deviations, rather it is about the presence of something, which must be quantified.  Most companies give rewards for meeting production targets, yet few have a positive safety category in their reward scheme.  Most companies still believe and faithfully apply a punitive approach to safety performance.  This might be because leaders have not determined how to measure safety, so it remains elusive and intangible.

Last year, while consulting at a large mining operation, the author was interrupted while on his cell phone.  A young man handed him a yellow card.  Because of the amount of moving machinery on that site, one of its rules is that no one may talk on a cell phone except in the office or other designated areas.  The author was unaware of the rule, and had been with the risk manager earlier as he made a call in the exact spot.  The author immediately moved into the safe zone, then insisted that the young worker be appreciated for his dedication to safety.  Such behavior should be recognized and encouraged.